Opioid vaccine in the works

You are here:
News 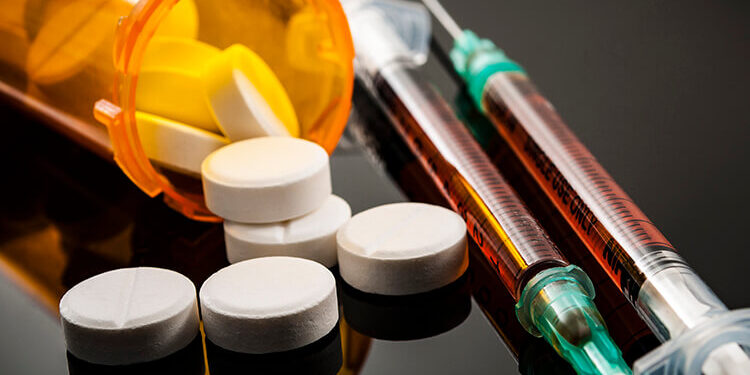 Opioid vaccine in the works
Opioid addicts wage a daily war over whether or not to use a drug whose side effect can be death. If those same addicts, however, had the choice to take an opioid vaccine once or twice a year, their internal struggle could be over.

With a $25 million grant from the National Institutes of Health Helping to End Addiction Long-term Initiative (HEAL), vaccine scientists from the Precision Vaccines Program at Boston Children’s Hospital have partnered with Therese Kosten, University of Houston professor of psychology, and her colleagues Greg Cuny, associate professor of medicinal chemistry in the UH College of Pharmacy, and Dr. Colin Haile, MD, research assistant professor of psychology, to develop an adjuvant opioid use disorder vaccine. An adjuvant molecule boosts the immune system’s response to vaccines, a critical component for the effectiveness of anti-addiction vaccines.

The vaccine targets fentanyl, a synthetic and very potent opioid.

“This could be a game-changer for addiction,” said Kosten, who also serves as director of the Developmental, Cognitive & Behavioral Neuroscience program at UH. Kosten received $1.8 million of the grant to make the combination of the adjuvant with the vaccine as powerful as possible.

An anti-opioid vaccine would protect the brain and nervous system by stimulating the body to create powerful antibodies that target and bind to opioid molecules, preventing them from crossing the blood-brain barrier to reach the brain. By blocking opioids from the brain, the vaccine would reduce respiratory depression brought on by opioids when they reach the brain.

Fentanyl poses an especially difficult problem because it is often added to street drugs like cocaine, methamphetamines, and even counterfeit benzodiazepines like Xanax, which adds to the number of fentanyl overdoses.

“Fentanyl is different than heroin or other opioids in the way that it stimulates the nervous system. It activates the same receptors in the brain as heroin or morphine but does so by a different mechanism, which makes drugs that can reverse a heroin overdose, like Narcan, almost ineffective against it,” said Kosten.

Kosten’s vaccine development follows work she and her spouse, Dr. Thomas Kosten, MD, who holds a joint appointment at UH and Baylor College of Medicine, previously developed and tested against cocaine.

“We will also evaluate multi-dose strategies, followed by single-dose immunization, heterologous vaccination strategies, and the impact of waning immunity,” said Kosten. The Kosten team will provide expert input into the regulatory strategy for meetings with the Food and Drug Administration based on their many years of experience in developing anti-addiction vaccines.

The number of opioid-related deaths has risen during the COVID-19 pandemic. According to the American Medical Association, more than 40 states are reporting increases in deaths from opioids. In June, a survey by the Centers for Disease Control and Prevention revealed that 13% of adult respondents in the U.S. reported starting or increasing opioid use to deal with stress or emotions related to the pandemic.

This project has been funded in whole or in part with federal funds from the National Institute of Allergy and Infectious Diseases, National Institutes of Health, Department of Health and Human Services, under Contract No. 75N93020C00038 as described in Article H.36 of the contract.

One-time universal screening for hepatitis B could save 23K lives, nearly $600 million
2021-05-13
Recent Articles
FROM OUR GALLERY