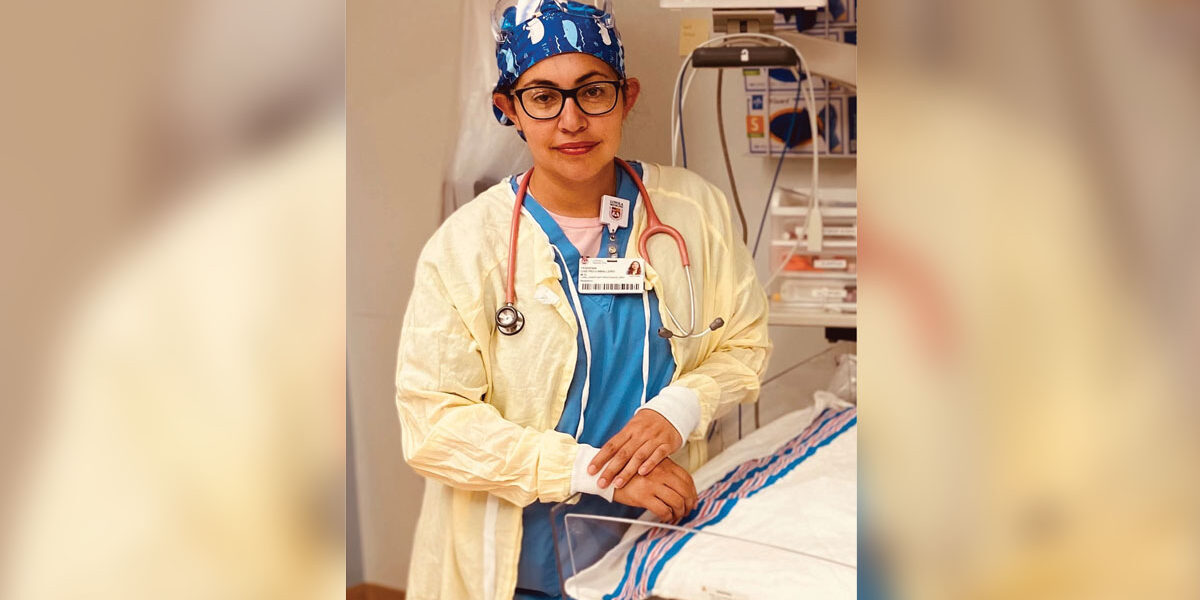 For 6 consecutive years, the CDC’s annual surveillance report for STDs has come with a dire warning: After years of decline, cases of chlamydia, gonorrhea and syphilis have steadily increased.

In 2019, the last year with reported data, the United States recorded 2.5 million cases of the three STDs, setting a record for the 6th consecutive year, according to the CDC.

“Less than 20 years ago, gonorrhea rates in the U.S. were at historic lows, syphilis was close to elimination, and advances in chlamydia diagnostics made it easier to detect infections,” Raul Romaguera, DMD, MPH, acting director of the CDC’s Division of STD Prevention, said in a statement. “That progress has since unraveled, and our STD defenses are down.”

Joseph A. Bocchini, MD, a pediatric infectious disease physician at the Willis-Knighton Health System’s Children’s Health Specialists center in Louisiana, said syphilis can have “terrible consequences” for infected women who transmit the infection in utero, including fetal loss and babies born with severe disease.

“If undiagnosed, even asymptomatic children who have syphilis at birth will commonly develop symptoms later in life if untreated,” Bocchini said in an interview. “For these reasons, it’s a public health emergency.”

We spoke with Bocchini and other experts about the rise in congenital syphilis, the reasons for the increase and what can be done to reverse it.

Reasons for increase in cases

The rates of primary and secondary syphilis cases have increased fivefold in the past 20 years, according to a report edited by Sten H. Vermund, MD, PhD, professor of pediatrics and public health at the Yale School of Medicine, and colleagues that was published this year by the National Academies of Sciences, Engineering, and Medicine.

According to the data, all age groups aged older than 15 years experienced increased rates of syphilis from 2017 to 2018, although rates were highest among men aged 25 to 29 years and among women aged 20 to 24 years.

Among women, cases of syphilis increased by 30% from 2017 to 2018, and by more than 170% from 2014 to 2018. Increased drug use in this population, including heroin, methamphetamine and injection drugs, more than doubled from 2013 to 2017 and is associated with the increase in syphilis cases, Vermund and colleagues reported.

“A large proportion of heterosexual syphilis transmission [occurs] among men and women using these drugs. Similar trends were not found for” men who have sex with men, they wrote.

According to Vermund and colleagues, up to 80% of children delivered by mothers infected with syphilis also become infected. Additionally, stillbirth and infant death occur among 40% of cases.

Jeffrey D. Klausner, MD, MPH, a clinical professor of preventive medicine at the University of Southern California Keck School of Medicine, said there are multiple reasons for the increase in congenital syphilis cases.

“Our research found that there were problems at the individual, system and policy level,” Klausner told Infectious Disease News. “About half of cases are in women who do get prenatal care but either do not get tested or treated in a timely fashion.”

In addition to a lack of sexual health screenings and STI testing, David Harvey, MSW, executive director of the National Coalition of STD Directors, noted three other reasons for the rise in cases, including a lack of awareness of the problem among Americans.

“Americans themselves are not asking to get tested, and they’re not aware of their risks,” he told Infectious Disease News.

Additionally, the U.S. has underfunded public health programs, with little increase in funding in the past 20 to 30 years, he said.

“The fourth driver of the problem is that we have no massive public education campaigns, and there’s a continuing debate in this country around comprehensive sex education vs. abstinence only,” Harvey said.

Klausner said a national strategy with federal leadership, such as a task force, would help solve the issue of rising cases.

“That group should specifically address how to rebuild our medical and public health systems to prevent congenital syphilis,” Klausner said. “Many countries around the world have been certified by WHO as having eliminated congenital syphilis. It is shameful that the United States is not on that list.”

Yessenia Castro-Caballero, MD, FAAP, a pediatric hospitalist and assistant professor of pediatrics at Loyola University Medical Center in Maywood, Illinois, treated a case of congenital syphilis for the first time in an infant born at 39 weeks’ gestation to a woman with syphilis and a history of known substance abuse.

“She had no prenatal care,” Castro-Caballero said in an interview. “She did arrive with her partner and delivered a very sick baby.”

Knowing what to look for, Castro-Caballero said she began to observe the infant for any identifiers of congenital syphilis. She reported seeing petechiae, caused by bleeding from beneath the skin, and purpura.

“I recognized that this was going to be a serious infection and I wasn’t sure which one, but I had suspicions for TORCH infections” — toxoplasmosis, other (syphilis, varicella-zoster, parvovirus B19), rubella, cytomegalovirus and herpes — “and started the baby on antibiotics within an hour of life,” she said.

TORCH infections are among the most common infections associated with congenital anomalies, according to a study by Barbara J. Stegmann, MD, an obstetrician-gynecologist at the Fertility Specialists of Texas center in Fort Worth, and colleagues.

“The history of the mother not having prenatal care raised my suspicion,” Castro-Caballero said. “It’s important to know the epidemiology of all infectious diseases so we can have an index of suspicion, but recognize that the entire situation was what alerted me to start antibiotics.”

Castro-Caballero screened the infant’s mother, first running a rapid plasma reagin (RPR) test for syphilis. After that, she ran a fluorescent treponemal antibody (FTA) absorption test, which checks for antibodies to Treponema pallidum, the bacterium that causes syphilis.

“If an untreated mother has a positive RPR or an FTA antibody test, you should initiate testing on the baby but start penicillin prophylactically, and that’s exactly what happened with the infant,” she said.

Once the newborn was stabilized, Castro-Caballero transferred the infant to a tertiary hospital, where the baby was treated by a team of neonatologists, in consultation with pediatric infectious diseases specialists.

A cerebrospinal fluid test was run to ensure that T. pallidum had not caused neurosyphilis.

“In this case, the cerebrospinal fluid did not have any treponemal antibodies or any signs of syphilis,” Castro-Caballero said.

Using the AAP’s Red Book, the ID team confirmed the diagnosis of syphilis and successfully treated the infant.

According to Bocchini, parenteral penicillin G continues to be the primary therapy used to treat all stages of syphilis especially cases in pregnant women.

Infants born with congenital syphilis may have a prolonged stay in the hospital because of the course of penicillin therapy, increasing costs, Bocchini said.

“Ten days of parenteral penicillin therapy is required to successfully treat congenital syphilis,” he said. “Management also includes a lumbar puncture to determine whether the child has neurosyphilis plus other tests as clinically indicated. I imagine when you add the costs up, they can be greater than for other entities.”

Bocchini said that when evaluating pregnant women suspected of or at risk for having syphilis, physicians should be aware that if the woman acquires syphilis near delivery, she may not have developed detectable antibodies, so standard tests may show false-negative results.

According to Klausner, structural racism is an “overarching theme” in the rise of congenital syphilis, resulting in a lack of awareness, education and programs to prevent and control syphilis among women of reproductive age in many parts of the U.S. — in particular, the Southeast and West.

“There are significant disparities between groups and populations, and minorities certainly suffer from a higher incidence of syphilis. Attention should be paid to potential risks that might be associated with that increase in infection rate,” Bocchini said.

Cases of syphilis during pregnancy are more common among those who are impoverished, aged younger than 29 years, Black, and without health insurance, Vermund and colleagues reported. Additional risk factors include incarceration, illicit drug use, high community prevalence and sex work.

“An increase in the number of sex partners, which may be associated with drug abuse, is a risk factor,” Bocchini said. “The opioid crisis can be part of the reason that a woman might be exchanging sex for money to support the need for additional drugs.”

Instead of a single routine test for syphilis at the first prenatal visit, Bocchini said those who are at increased risk should be tested a second time at the beginning of the third trimester, and then again at delivery.

“This would enable physicians to identify women who need treatment during pregnancy and women who have acquired syphilis during pregnancy, so that she and her fetus can be adequately treated, or the baby identified at birth for the need for evaluation or treatment,” he said.

Editor’s note: At a source’s request, we removed certain details that could potentially identify a patient in this story.

What Happens When People Stop Going to the Doctor? We’re About to Find Out
2021-03-01
Recent Articles
FROM OUR GALLERY