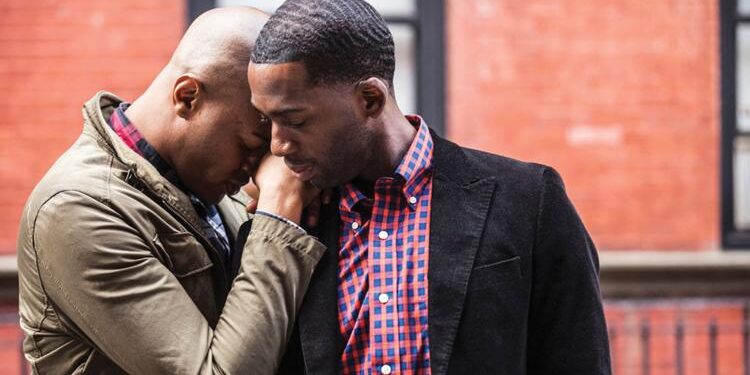 Around 1.1 million people are living with HIV in the United States of America (USA). Nearly one in seven of these people are unaware they have HIV.

The size of the HIV epidemic is relatively small compared to the country’s population, but is heavily concentrated among several key affected populations. Around 70% of annual new HIV infections occur among gay and other men who have sex with men (sometimes referred to as MSM), among whom African American/black men are most affected, followed by Latino/Hispanic men.

The USA is the greatest funder of the global response to HIV, but also has an ongoing HIV epidemic itself, with around 37,600 new infections a year. HIV affects locations differently as well, so we’ve compiled the cities with highest rates in the nation.

According to GetTested.com, HIV infection rates in Baltimore are on the rise due to a lack of education. HIV is a lifelong infection that, if left untreated, can lead to AIDS (acquired immunodeficiency syndrome), according to AIDS.gov. AIDS occurs when a person’s immune system becomes damaged, and people who are diagnosed with AIDS typically survive about three years.

Although Jacksonville isn’t thought of as a “party city” like other destinations on GetTested.com’s list, the site suggests that“The number of business people and tourists who travel to Jacksonville,” might contribute to the high rates of HIV diagnoses and prevalence there. Forty-four percent of people diagnosed with HIV live in the South, even though the region only contains about a third of the U.S. population. Aside from Baltimore, all of the cities on GetTested.com’s list are in the South.

South Carolina’s Channel 10 WISTV.com reports that poverty, rural geography, lack of affordable healthcare and social stigma all contribute to the prevalence of HIV in the South. “Researchers say being a part of the ‘Bible Belt’ adds to the stigma,” they report, meaning that in some cases, a diagnosed person might not seek treatment due to fear of rejection from the religious community. Careteam+, a South Carolina non-profit healthcare provider, tells WISTV.com that they’ve lately been able to refer 500 percent more patients to specialized care thanks to the Affordable Care Act. With antiretroviral therapy, someone who is HIV-positive can keep the illness under control and reduce their risk of infecting others.

Moving down the list from number 4 last year to number seven this year, more than 1,000 people are diagnosed with HIV each year in Atlanta. What’s even more interesting is that 50 percent of those people aren’t diagnosed until they already have AIDS. Within the first two to four weeks of infection, some people experience flu-like symptoms, such as fever, chills, rash, night sweats, and fatigue, according to AIDS.gov.

Others don’t show any symptoms at all, and about one in eight Americans with HIV don’t know that they have it. The only way to know if you have AIDS is to get tested. There are tons of places you can go to do this, including Planned Parenthood, medical clinics, hospitals, and substance-abuse treatment programs.

A particularly concerning statistic from 2014 shows that about 2,000 people in Memphis who have the disease are not aware of it,” GetTested.com reports. “So they may continue to spread the infection.” African-American gay and bisexual men are most affected by HIV, according to AIDS.gov, followed by white gay and bisexual men. Heterosexual contact accounted for 24 percent of all diagnoses in 2015, and 6 percent of infections were the result of injection drug use.

According to the CDC, the rate of HIV diagnoses in Orlandodecreased slightly (0.9 percent) from 2013-2015. New HIV infections appear to be declining globally as well. December 1 marked the 28th World AIDS Day, and according to AIDS.gov, “the vast majority of people living with HIV are in low- and middle-income countries.” Most people in these regions still don’t have access to prevention, treatment and care programs, and only 60 percent of the 36.7 million people living with HIV/AIDS know their status.

Since the Emergency Plan for AIDS Relief passed in 2003, the U.S. has spent more than $50 billion to test and treat people for HIV in sub-Saharan Africa, NPR reports. Other organizations, like U2 frontman Bono’s (RED), are targeting mainstream audiences to raise awareness around the issue.

GetTested.com reports that in Jackson, there is “a concerted effort to inform the public about the PrEP pill.” Did you know there’s a pill out there that can actually prevent you from becoming infected with HIV even if you have sex with someone who is HIV-positive? Pre-exposure prophylaxis, a daily medication, can do just that, according to WhatisPrEP.org.

It’s approved by the FDA, meaning that it’s safe and effective. For more information on the PrEP pill and how to get it, click on the related link below.

The LDH urges Louisianians to get tested. “If people with HIV have the virus diagnosed early, they are able to receive treatment and care early enough to delay the onset of AIDS,” LDH Office of Publish Health Assistant Secretary J.T. Lane says in a press release.

In 2015, Miami had the highest rate of HIV diagnoses in the country. It also had the highest prevalence of the disease at the end of 2014, according to the CDC. GetTested.com speculates that the city’s high HIV rates may be due to its culture. So which city is number one? It may come as a surprise to some, but the number one city in the United States is…

Baton Rouge claimed the No. 1 spot on GetTested.com’s list. The company reports that many of the infections there “are due to shared needles, since the city is the center of a massive opiate addiction issue.” The CDC provides a list of steps you can take to protect yourself and your loved ones from HIV. Educate yourself by visiting the CDC website, talk about what you learn with friends and loved ones, and empower people by sharing your knowledge on social media.